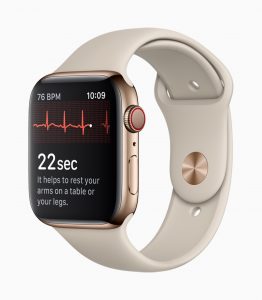 But Intelligent guardian for your health is pretty damn close. It’s a product that’s smart, always there and it has your back. Kind of like doctors used to be. I’m pretty certain that the Apple intelligentsia spent months wordcrafting this choice little descriptor.

It’s funny that the tech companies creating technology to replace a doctor’s traditional work are quick to reassure doctors that they won’t be replaced.

Argue what you want. But the fact that this reassurance about Apple Watch Series 4 even needs to be offered tells you that we’re closer to the things that are doctor replacements.