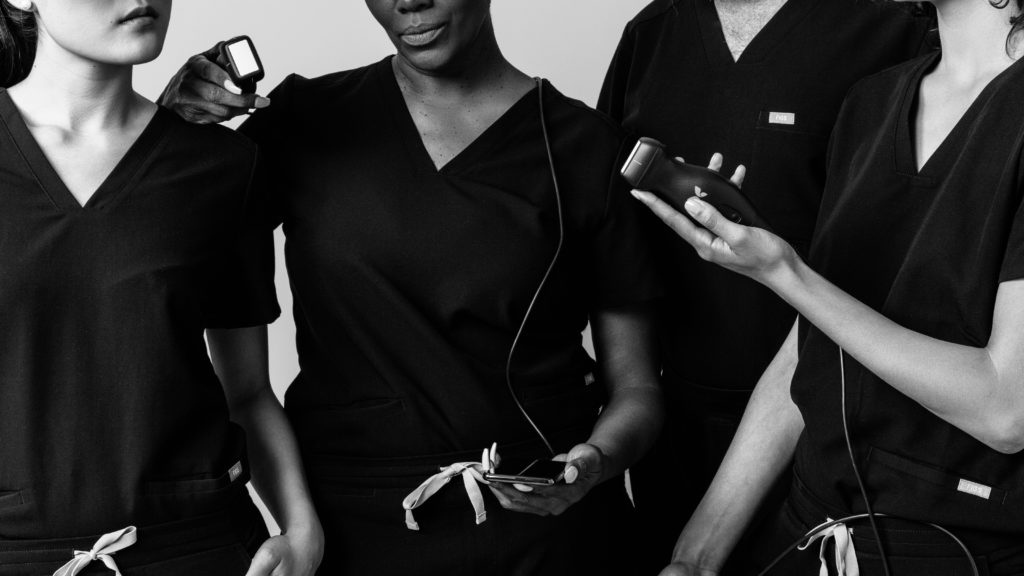 Twitter lit up. Social sentiment pinned the Butterfly iQ as the new stethoscope. Every armchair futurist was over the moon:

“Setting the new standard in #MedEd and #physical exam!”

(Is Butterfly iQ really the new standard for conducting a physician exam?)

My favorite was the dramatic and pithy open-ended tweet suggesting a hard turning point in medical education:

(Playing the smartass I asked the commenter, “what starts?” I never got a response.)

Digging through the hype to get at what’s real

So it’s on us to wade through the layer of giddy technooptimism that rides with the Butterfly iQ. It’s a tool that seems to be approaching ‘peak expectations’ on the Gardner hype cycle.

And so there’s an itch to position the Butterfly iQ as the next stethoscope – the defining tool of this medical generation. I’ll play turd-in-the-punch-bowl with my prediction that bedside diagnostics will not be dominated by one tool. POCUS is important and it has revolutionized how many physicians do things. But like any piece of technology its role and impact has to be considered in the context of a specialty and their needs.

The world needs to continue to change around technology

Of course attitudes, curricula and diagnostic approaches need to evolve in time with these tools. While the University of California Irvine likely has its POCUS ducks lined up, medical education is generally slow to catch on. In fact, E. O. Wilson’s observation that humans have “paleolithic emotions, medieval institutions, and god-like technology” may fit here. More than Butterfly moments, 21st century medicine will be defined by technology that advances faster than our ability to know what to do with it.

But don’t get me wrong, the Butterfly iQ is important. It is, if you’ll excuse the term, disruptive. But it’s no stethoscope.

Hats off to the University of California Irvine School of Medicine

With that whiff of healthy skepticism I’ll add that it’s the bold point of entry at University of California Irvine that gets the chains moving forward. UCI has some brilliant minds in technology and education who are willing to look at things a little differently. Like a good running back who doesn’t know where the opening is, they always keep their feet moving.