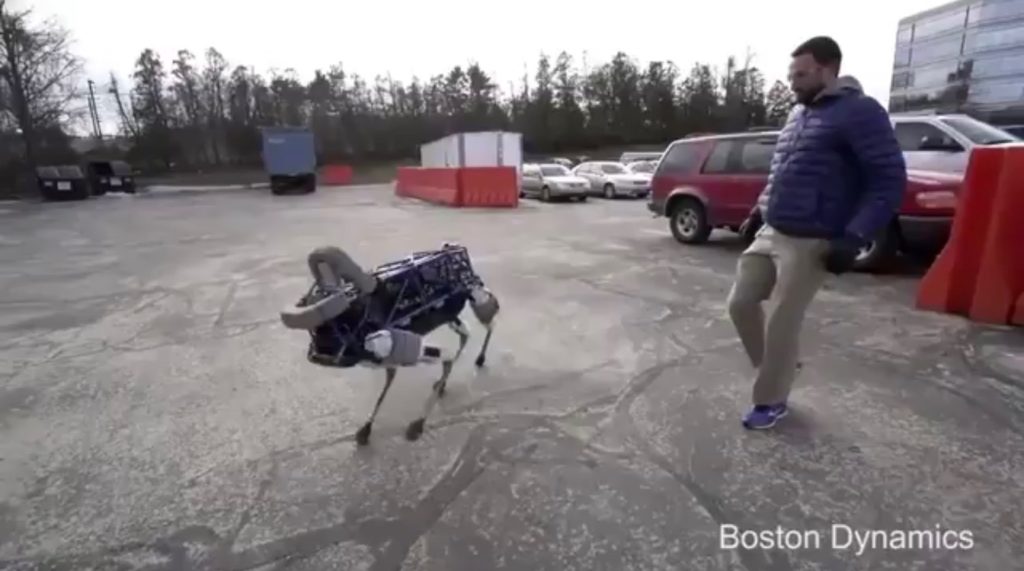 Boston Dynamics recently showed off its latest robot dog: Spot. As a means of showcasing the dog’s agility, he’s kicked by an employee. Berci Mesko remarked on the robot cruelty:

I feel bad when the guy kicks the robot dog. The way we’ll treat robots represents what we are like inside.

In her book, Alone Together, MITs Sherry Turkle calls this alterity, the ability to see the world through the eyes of another. It’s a precursor to empathy. It’s how we’ll begin to form connections and trust with machines.

Our relationship with technology is moving quickly. Within our generation health encounters with artificial forms of intel through screens and avatars will evolve to become more meaningful. The sentiment voiced by Berci represents a starting point for such a connection.

Admittedly, I felt uncomfortable watching the robot dog get kicked. But that’s because I love dogs, not robots. For now, anyway.

Kevin Kelly in What Technology Wants suggests that we will ultimately love our artificial descendants, even the animals. You might want to sit down for this one:

In the future, we’ll find it easier to love technology. Machines win our hearts with every step they take in evolution. Like it or not, animal-like robots (at the level of pets, at first) will gain our affections, as even minimally lifelike ones do already. The internet provides a hint of the passion possible. Like many loves, it begins with infatuation and obsession. The global internet’s nearly organic interdependence and emerging sentience make it wild, and its wildness draws our affections. We are deeply attracted to its beauty, and its beauty resides in its evolution..

In this context the possibility of machine providers almost seems like a second thought.

You might get a kick out of How Robots Can Make Us Stronger or whether The Future Will Need Doctors.