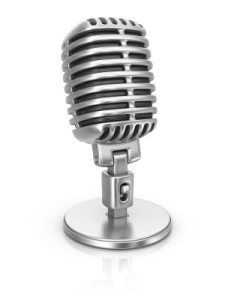 Let’s say you’re a doctor and you have an idea, opinion, or a new way of doing things. What do you do with it?

It used to be that the only place we could share ideas was in a medical journal or from the podium of a national meeting.  Both require that your idea pass through someone’s filter.  As physicians we’ve been raised to seek approval before approaching the microphone.

This is unfortunate.  When I think about the doctors around me, I think about the remarkable mindshare that exists.  Each is unique in the way they think.  Each sees disease and the human condition differently.  But for many their brilliance and wisdom is stored away deep inside.  They are human silos of unique experience and perspective.  They are of a generation when someone else decided if their ideas were worthy of discussion.  They are of a generation when it was understood that few ideas are worthy of discussion.  They are the medical generation of information isolation.

I spoke with a couple of students recently about medical education reform.  And as I often like to do, we discussed what was needed to prepare doctors for life in 2050.  I picked up on the most remarkable ideas and suggested that they publish their views as a position paper or editorial.  They looked puzzled.  And for good reason.  They believe that the simple expression of their brilliance is not their responsibility or even their right.  It’s that of some national professional body or editor.  You need the keys to the kingdom to be heard.  You need permission.  You need to be invited.

In Poke the Box, Seth Godin calls this the tyranny of the picked:  Waiting and hoping “acknowledges the power of the system and passes responsibility to someone else to initiate.”

But the way the world communicates is changing.  The barrier to publish is effectively non-existent.  The democratization of media has given every physician a platform to the world.  But the physicians have yet to speak up.  We’re preoccupied with how our voices will sound.  We pine over what someone might think.  We’re too concerned with how we’ll look and not concerned enough with how our thoughts, ideas and passions could be an instrument for the world.

If the 20th  century was marked by the physician-as-silo, the 21st century will be marked by the dissolution of barriers and the emergence of new ways of collaboration and thinking.  This will be a generation marked by information and networks.  The institutions that existed to organize us will give way to social structures compatible with the way we communicate.  Tools for sharing and drawing from collective intelligence will capture our restrained wisdom.  And I suspect that we’ll see the most amazing things emerge.