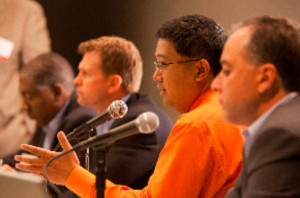 This week marked the departure of blogger Mike Sevilla from public view.  Operating as Doctor Anonymous in the earlier years of medical blogging, his colorful contributions to the big conversation will be missed.  The thinking surrounding his decision is here.

I have a couple of thoughts about Mike’s silence and how the world turns.

Things aren’t like they used to be.   The early days of blogging were magical in many respects, but they’re gone.  And while we may romanticize the small world feel of the early years, there’s just as much about the mid-2000’s worth leaving behind.

Social media is less relevant.  One element of our world that has changed since then is the fact that we are less preoccupied with the medium.  Social tools have achieved a level of baseline adoption making them less novel.  Medical blogs are a dime a dozen, most doctors use Facebook (at least personally) and it has become practically impossible to track the numbers of doctors now using Twitter.

It’s not the tools but what you do with them.  More important than our preoccupation with the applications themselves is what we do with them.  The near future will be owned not by doctors who ‘do social media’ but those who apply these tools to move the chains forward.  Mike was spot-on with Family Medicine Rocks, a much needed platform for dialog around family medicine.

Noise.  Noise was apparently one element of the social environment that might have pushed Mike into the dark.  Understood.  As the audience grows and doctors and patients all talk at once, some shout in order to be heard.  For many, volume and frequency is the way to be heard.

But we let in the noise.  We facilitate the noise in our environment.  I work to create the right signal for myself.  I don’t tolerate shouting, politics, vitriol, anger, grandstanding, off-topic verbosity, pontificating and other nonsense that steals my soul and eats my emotional bandwidth.   Maintaining that signal requires constant attention.  I work to shape this input with an eye for smart, measured contributors and liberal use of the unfollow button.  In the old days it was cool to think that you could listen to everyone.  If you listen to everyone, you ultimately hear nothing.

The cocktail party’s over.  Those who have been here for a while must think about how the public part of medicine is changing and evolving.  We have to move beyond social tools as cocktail party to the public conversation as mechanism to redefine and shape our profession.

Pictured in orange is Mike Sevilla participating on a panel in San Francisco.  Mike was known for his colorful shirts.