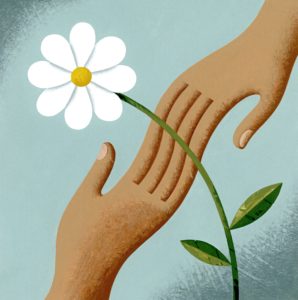 I found this tweet and it got me thinking about the tension that I feel on MedTwitter. It made me think that there is a dual responsibility of media.

Trying to post something on #MedTwitter without invoking criticism: Attached was a gif of a woman executing an impossible rollerblade sequence around some obstacles.

The tweet is from Dr. Kurt Lucas and reflects the tone of the Twitter medical community that has evolved over the past couple of years. I feel this. Before hitting publish I find myself holding back and running the math of how my idea or comment might be misconstrued or manipulated and amplified. The calculus is necessary because post facto explanations never get the same reach as the thing that originally ‘triggered.’

Who is responsible for our tense medtwitter environment?

The dual responsibility of media falls on two groups:

Those who share information and ideas are responsible for doing their best to be respectful of other members of the community. The creator must understand that perception trumps reality.

Those who consume information and ideas are responsible for recognizing that things may not always be as they seem. The nuance of human interaction often gets lost in 240 characters. And, most importantly, even when intent and messaging are crystal clear we have to accept that there are differences in opinion that we need to respect.

This dual responsibility of media applies to any platform or tool for publishing but has real relevance on Twitter where the constraint of the space can lead to misunderstanding.

Corruption of the dual responsibility for visibility and traffic

All of this can go off the rails, of course.

The dual responsibility is corrupted by those who’s personal brand and purpose centers on the intentional creation of emotion, outrage and response — those who work to create clear division among the undecided or those with no intention of taking sides. Douglas Rushkoff suggested that the internet reinforces its core element: the binary — messaging is engineered to provoke our most competitive, reptilian sensibilities. Sowing division and controversy is an endemic strategy for visibility, traffic and tribal clout. Of course manufactured outrage is modern information’s neon sign. It works until you see the sign every day.

(I’ll add that emotions like outrage are important forms of expression. The problem comes when they are used with the intent to manipulate networks and communities.)

In a recent personal conversation with Dr. Dana Corriel she suggested that she works to offer grace to those around her on social media — A kind of benefit of the doubt when faced with the challenges discussed here. We need more of this. Or we need to all sow a bit of this in our networked interactions.

If you like this post you might like the 33 charts Attention Archives. It’s a tag that captures everything written here on human attention. One of my favorites. Actually every post on the site has carefully chosen tags that take you to related material. I put them in a tiny, less obnoxious font to respect your eyes. But check ’em out…

Links to Amazon are affiliate links. Image via the United Nations on Unsplash.