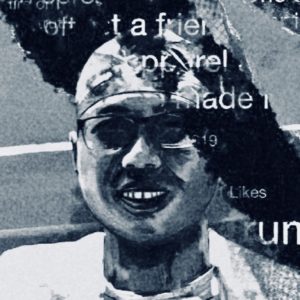 Medical cyberpresence can be stranger than fiction. Case in point is the saga of Dr. Eugene Gu.

For those who don’t remember, Gu as a surgical resident positioned himself as a victim of white supremacy at his training program’s institution. Last year his public world exploded as a weird medical pseudoreality involving, among other things, anonymous Twitter accounts and long-winded threads about relationships with (similarly anonymous) medical students.

Laura Yan in The Verge covers Gu’s chaotic 15 minutes of fame. In describing his relationship with Twitter, Yan reports:

Gu had learned just how powerful the platform could be: it was a tool that could amplify his voice and politics, but also be a tool of manipulation — used to bully his critics or silence those he abused. Eventually, the same platform that built him up would threaten to be his undoing.

Some asked why I didn’t write about GuGate as the drama unfolded. After all, interpreting this kind of stuff is some of what I do here. Call me weak, but I found the whole thing so hard to watch that I didn’t want to spend a moment longer than I had to thinking about it. After The Verge story I feel that I’ve recovered sufficiently to pass the link along to you.

Social media for many is about posturing – for good and bad. And medical professionals it seems are not immune. So we have to remember that despite how influential the individual, you have no idea who they are, what motivates them, and what part of their presence is real.

This ironic quote from Eugene Gu wraps up the piece:

Anything can go viral these days as long as they are sensational enough. But the difference between Fake News and the Truth is that the truth lasts until the end and never goes away. Lies vanish under the scrutiny of time and investigation.