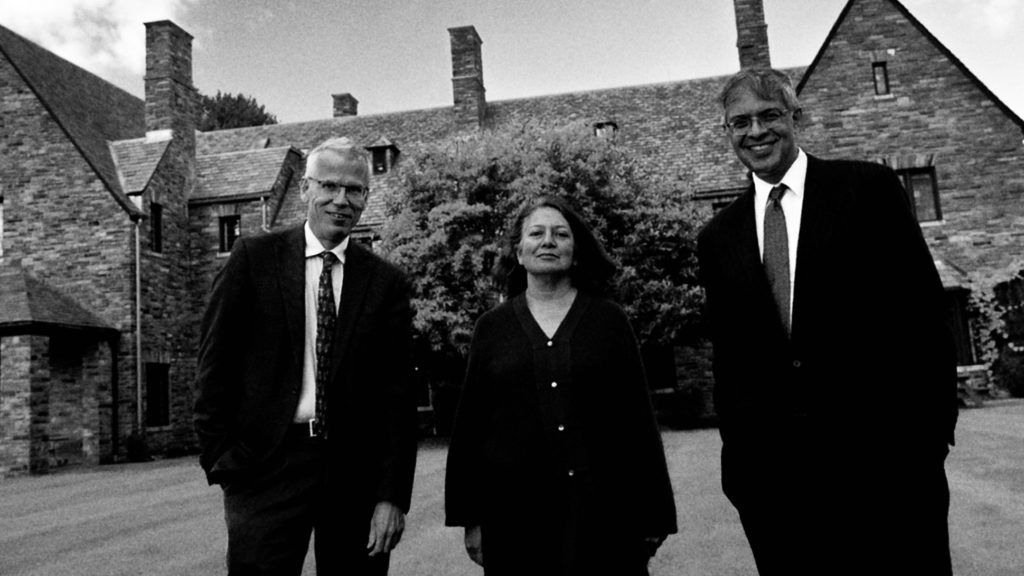 The latest political battle over COVID has taken the form of two dueling petitions: The Great Barrington Declaration and the the John Snow Memorandum. Their conception reflect the dangerously polarized state of COVID-19. But despite dividing the world further into predictable sides, the petitions create the opportunity for a conversation about trade-off and common ground.

What is the Great Barrington Declaration?

The Great Barrington Declaration is a strategy for COVID-19 protection written by a small contingency of medical and public health authorities. At 540 words it advocates life as normal for those not at risk while focusing efforts on protection of the most vulnerable. It suggests that our ultimate success rests on the idea of herd immunity. Its spartan approach endorses simple measures like hand washing (oddly it offers no mention of masks). It recommends that schools and restaurants be allowed to open. It offers more of a conceptual approach than a prescriptive outline.

The Great Barrington Declaration is interesting because it suggests that our singular approach to the COVID pandemic offered by the prevailing mindshare of scientists and physicians may not represent the best approach. It raises the possibility that there is divergent approach.

The political and public health incumbents, of course, would have none of it and demanded equal time. Drawing on 19th century historical sentiment, the John Snow Memorandum followed.

Weighing in at 984 words the John Snow Declaration calls the Great Barrington’s herd immunity approach a dangerous fallacy unsupported by scientific evidence. Consistent with our current approach it promotes ongoing, unspecified restrictions and adds ’social programs’ to counter the effects of a shuttered society. The whole thing ends with the assumption of a presumably effective, widely-adopted vaccine.

Each ‘manifesto’ has collected signatures which have brought public health policy to the level of a student council election. And beyond the raw tribal appeal of signing on the ‘right or wrong’ side of history, the use of signatories has no relevance to the story. The screen grabbing and tweeting of which zealot signed which petition is a puerile approach to understanding the meaning of the petitions. Dr. Vinay Prasad said it well on Twitter, Signing absolute petitions doesn’t help the need for this complex, iterative discussion– it anchors one’s mind to a view, that one invents evidence to defend.

A work in progress rather than a known trajectory

When we think about what we understand about COVID we have to start with the fact that since the outset of the pandemic we’ve been feeling as we go. As a kind of live global experiment, where we find ourselves today has been part of an iterative process of coming to understand this virus and how best to mitigate its effects. A review of recent history reflects a medical community learning as we go. This is what we expect.

And it’s been far from perfect. There were opportunities when the President could have done more to stem disease progression. And the medical community had its missteps as well. The New England Journal of Medicine (while preoccupied with its new role as a political platform) had a hard time figuring out if masks were even necessary. School closures enacted against common public health sense (as well as the largest organization of pediatricians in the United States) have emerged as a disaster. Initiated in the absence of any public debate among real experts, the cost of this social experiment on our children will never be known.

When considering the merits of the Great Barrington Declaration and the John Snow Memorandum it’s critical that we follow the science. But this iterative process of coming to know this virus has been best defined by uncertainty. And despite impressive public posturing, we haven’t exactly had the science to follow. Stanford’s John Ioannidis presciently forsaw a fiasco in the making if draconian political decisions were ever implemented in the absence of evidence.

David Cayley captures COVID’s grand illusion with The Prognosis in this month’s Literary Review of Canada:

Behind claims that our political leaders are following science lies a fateful confusion. Does science mean merely the opinions of those with the right credentials, or does it refer to tested knowledge, refined by careful observation and vigorous debate? … we are governed by debatable positions but can make no appeal to science, since the general population has been convinced, in advance, that we are already in its capable hands.

So we are left with a lockdown approach held up by patchy evidence and accompanied by exhausting political commentary — everything concerning COVID (with or without evidence) has become politicized and conveniently packaged in the name of science. The cable news’ blowhard industrial complex has given us physician experts selected for the magical capacity to both reconstruct the past and describe our future. They saw it all comin’. If we had just paid closer attention to their tweets.

So the public cost of a conspiratorial 24 hour news cycle and policies built on piecemeal evidence is exhaustion and growing distrust. As suggested by Dr. Anthony Fauci on the October 18th, 2020 edition of 60 Minutes, “The country is fatigued with restrictions.”

A trade-off of imperfect measures

The idea of herd immunity as a strategy is matched only by the belief that ‘social programs’ will counter the devastating effects of shutdown. And maybe both declarations have something really meaningful to add. But we’ll probably never know. I suspect history will show that our approach to COVID represented a failure to understand the role of tradeoffs and ideologic compromise for the greater public good.

Paraphrasing Anthony Fauci from 60 Minutes, Instead of the opposing views of ‘open up’ or ‘shut down’ the economy, we need to use public health measures as a safe gateway to opening the economy.

I would love to hear a live, prime-time discussion between two panels of real experts from both ‘camps.’ Beyond giving the public an understanding of the complexities and practical challenges that physicians and public health officials face, it would show that the ‘solutions’ to this pandemic are not as clear as they have been represented by medicine’s media surrogates. Meaningful dialog over difficult decisions is critical when it comes to deciding the fate of our children and our society. And as poignantly suggested by David Cayley, the question of whether the benefits of flattening the curve outweigh the harms of shutdown and prolonged isolation is a moral question, not a scientific one.

I’ll add that rather than believing the pandemic will end with a definitive treatment or vaccine we need to recognize that the cumulative effect of imperfect interventions can scale significantly over a large population. This in fact is all we have for the forseable future. I found this linked essay to represent a powerfully practical perspective.

We need fewer pompously named petitions and instead, a COVID policy response that engages with people who hold views and perspectives different than our own; which acknowledges the lives lost from the virus and lost through the response; which is nimble and responsive to new data, new facts, and new perspectives; which engages values and preferences and local norms and the messy reality of the world as it is, not as we wish it were.