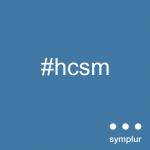 This evening represents the sunsetting of the longstanding #HCSM Twitter chat. Dana Lewis sums up the culture that evolved in the #HCSM chat here:

The chat began in January of 2009, and continued almost every Sunday night at 8pm CT from then until now. Discussion has ranged around hundreds of topics related to healthcare and social media – such as interactions between patients and providers online; impact of new digital and social media tools to healthcare; and more. Predictions have been made by the community that have come true in practice in terms of impact of SM; others have been wrong or still waiting to be realized. Perspectives have included patients, every type of healthcare provider, and just about every perspective of professional working in all aspects of the healthcare industry.

So what happened? Here are 3 possibilities:

Ultimately, the passing of #HCSM is really an indication of our maturity as a health care community.

All tweet chats are destined to morph or cease to be. Many in health that have ceased played valuable roles in their time.

Hats off to Dana Lewis for being the first to pull together the original health care rabble rousers.