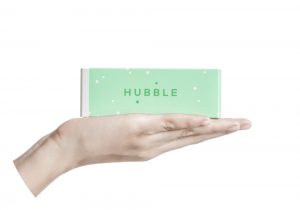 Hubble Contacts dispensed contacts prescribed by a phony provider. Check it out on Quartz and see what happened when the author met the founders in their New York office.

This lovely little cluster sums it up:

Quick service, cheap contacts, and whimsical branding have made Hubble a speedy success. But in its rush to disrupt the consumer experience, Hubble also appears to be playing fast and loose with some basic consumer protections. The company has drawn the ire of the American Optometric Association (AOA), which earlier this year lodged a complaint with the Federal Trade Commission (FTC). Hubble denies that it is cutting regulatory corners in the interest of growth, but in the high-pressure startup world, it wouldn’t be the first to try.

A few takeaways to keep in mind:

When it comes to your health thorough beats fast

My optician and opthalmologist are crazy compulsive with my assessment and the fitting of my lenses. It’s slow and methodical. The Hubble Contacts drive to become the ‘Harry’s of contact lenses’ is disturbing. The grow fast and slaughter mindset might work with second-rate razors but in this space it puts one of your most important organs at risk.

Hubble had one job

When your only job is filling prescriptions, you need to get it right. The rush-to-disrupt and the drive to create the perception of service overlooked the most basic element of their business: a proper and legally dispensed product.

Movement at the speed of the Internet comes at a cost

While it’s tempting to think of this phony prescription as the result of a pressure game from Hubble Contacts investors, the consuming public fuels the game of service at the speed of the internet. Hubble Contacts is not alone and we all get what we click for when speed and cost is the bottom line. Our expectations are in line with Hubble’s goals. We’re all to blame on some level.

At the end of the day I suspect the founders of Hubble Contacts will open the Kimono and downshift into full-on transparency in order to save their behinds. ‘We’ll smile and own it,’ they chuckle to themselves. ‘We’re good.’