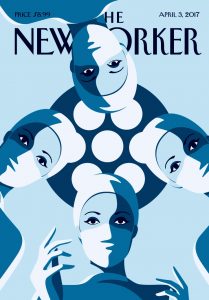 If you think Twitter has devolved into a buttoned-down forum for predictable professional posturing, check out Ilooklikeasurgeon. This and other communities of female physician voices on Twitter are shaping a new image of the physician.

The original meme that went global, #Ilooklikeasurgeon put a spotlight on the the way real (female) surgeons look when they work. When it peaked the animated display of surgeons from all corners of the world was nothing more than awe inspiring. As I suggested in September of 2015 in What Does a Surgeon Look Like?

Physicians were traditionally portrayed one way by the mainstream media. The concept of physician-as-man meeting the white trifecta (hair, skin, lab coat) had us seeing doctors through one lens. Hollywood played its part in building powerfully crisp stereotypes. While doctors looked more alike a generation ago, individuality has never been celebrated or shown as physicianly.

This is the impetuous little sister of #ilooklikeasurgeon. Where ilooklikeasurgeon worked to smash stereotypes of female professionals, #girlmedtwitter secretly takes the whole thing one step further. In the words of Dr. Meow in Surgery, lipstick, and the rise of GirlMedTwitter,

GirlMedTwitter allows us to showcase our femininity in a supportive community, and it allows others to see that yes a doctor or medical student can be successful in her career as well as a human being with human interests.

The new kid, #mothercutter represents those in surgery committed to balancing motherhood with the butchering art. For a more rigorous review of the circumstances that have spawned the likes of mothercutter, check out Pregnancy and the Surgeon—Too Many Opinions, Too Little Evidence from JAMA in November.

At a time when surgery is faced with recruitment challenges globally, addressing factors that make surgery less appealing is critical if surgery is to continue to attract the best physicians, irrespective of sex.

And there are many more examples of woman organizing within and outside of specialties. As expressions of professional unity and self-definition smashing the concept of a lady doctor, these communities/memes are a reflection of medicine and where it’s headed.

I can’t help but wonder what my mother would think.