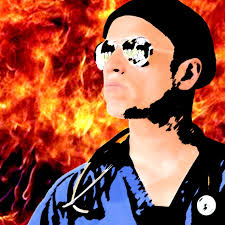 I spend a lot of time addressing physician audiences.  It’s a pretty regular thing that I use Zubin Damania (ZDoggMD) to showcase the individual physician voice.  He provides a great example of creative expression that leverages todays tools to change ideas about health.  He’s a core player in what I like to refer to as medicine’s emerging digital culture.

Universally there are folks in the audience who snicker and sneer when I display some representation of ZDogg’s stuff.  And not in a way that they are truly amused or inspired.

It’s infuriating while at once satisfying.

It’s infuriating to feel the subtle criticism of a physician who steps out to make, create, and change.

It’s satisfying in a way to know that these critics can’t understand any world beyond their immediate personal space.  They haven’t the capacity to participate, steer, shape or work using the tools that a networked medical world affords.  They wouldn’t know where to begin.  Their vision of the future is shaped through the accomplishments and workflows of a bygone generation.  When shown the future with someone like ZDoggMD, they recognize their withering authority in a world no longer harnessed by a dusty, industrial-age hierarchy.  And I suspect their awkward insecurity stems from the realization of their impending irrelevance.

There are some who don’t seem to understand. But their disconnect may be a good thing for medicine.  Perhaps we should keep it that way.