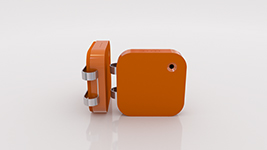 Swedish start-up Memoto is breathing life into the concept of lifestreaming.  They’re releasing a lapel camera that snaps and stores a photo every 30 seconds.  Your life, captured.  I love the concept but I suspect that they may be upstaged by Glass lifestreamers. This challenges the future of memory.

Enter Evernote which is naturally positioned for the latent lifestreaming boom. Evernote CEO Phil Lublin articulated a quasi sci-fi vision for Evernote that you can find way at the bottom of this 2011 TNW piece. This vision of Evernote (with the help of Glass) as multimedia memory storing service was again loosely suggested in last month’s PBS interview with Lublin.

The implications for health, medical education, and the future of memory are mind-boggling.

For extra credit: The earliest iterations of lifestreaming were made by David Gelerntner in this 1997 Wired piece. He revisited the issue in Wired earlier this year.