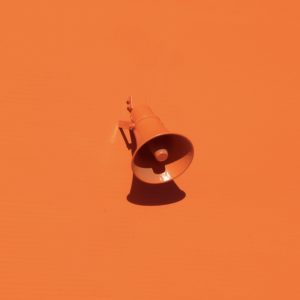 On July 3rd I shared an image from an Independence Day celebration that’s a tradition in my home town. A colleague replied that celebration is difficult when children are in cages. On the morning of the 4th I opened Twitter to a short clip of a woman sobbing with the suggestion that the American flag is ‘bathed in our blood.’

Laurence Scott tells the story of a rare London snow squall when woman shared her wonder and joy over the surprise. She was met with commentary on the insensitive nature of the Tweet given the impact on the homeless.

The challenge for a commons like Twitter is that it’s a space that accommodates alot of different things — from esoteric thoughts to broader appeals for social change. But when we share simple observations that might bring a moment of joy or reflection, there are those looking to put our observations into a different context. It’s a narrative correction intended to bring us back in line with how we should see the world. In a kind of subtle public shaming, narrative correction puts a passing observation into relief against the injustice that we apparently missed.

Narrative correction is a way to exert control over another’s idea and moment – a kind of power play.

How we see the world is complicated. What’s more complicated is how we allow for divergent views and types of sharing in a common space that’s increasingly agenda-driven.

We can and should support the the causes of those who have been underrepresented or treated unjustly — this is one of the great powers of democratized media. But we also need the latitude to occasionally celebrate what works in the world.

Check out the 33 charts Twitter archives. Poke around and see some of the stuff written here about Twitter. For fun, check out the stuff from a decade ago – it’s an archeological dig of how we’ve evolved with social media.

Photo by Oleg Laptev on Unsplash

Grammatical adjustments made on July 9, 2019.