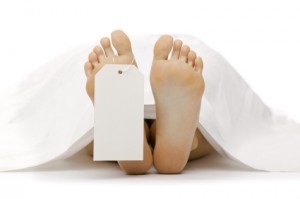 I know a doctor of ill-repute.  He spends his days worrying about his online reputation.  In the doctor’s lounge between bites he pimps me on the latest service for righting the wrongs of an increasingly public world.

Online reputation management is a funny concept.  It assumes that our online and offline worlds are separate things.

A lot of this has nothing to do with reputation directly but rather what others are saying about us.  This seems to be a preoccupation nearly unique to doctors.  But you can’t control the conversation or the content.  You can only join or add to it.

When I suggest that he open himself a little by joining in the public discourse he glares suspiciously.  An approach consistent with the way the world sees trust and transparency gets lost in a layer of fear.  His world, it seems, is about hiding.

Maybe he’s smarter than I am.  While we can create, curate and converse to dilute and massage how things appear, ultimately you have to show up and remove the appendix or diagnose the DVT.  And this is where the problem lies.

The day is approaching when online reputation becomes reputation.  And a great digital footprint will never cover for bad medicine.