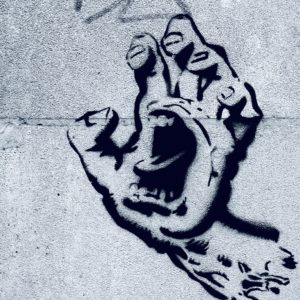 Earlier this month a Cleveland clinic medical resident was fired for a long trail of social media posts laced with anti-Semitism. While the story caught the attention of the national media, I found the response by the online physician community to be anemic relative to other incidents.

Surprising, really. Because it seems physician activists of all backgrounds and makeup have issues with so many things. Whenever the wind changes direction we endure long Twitter streams of outrage. MedTwitter’s endemic call-out culture is fueled by the transgressions of those who don’t seem to have it right. But when it comes the deep, targeted assault against a religion, suddenly we go mute.

Where are the blog posts, hashtags and podcasts? Where are the champions for justice? Where’s the outcry against anti-Semitism? What happened to all that outrage? This was likely the single most malicious public transgression ever seen by a physician since the earliest days of the Internet.

But the band played on.

So let’s ask the hard question: Had this trail of hate from a physician been directed toward another religion, race or gender would the response have been the same?

I’ll just leave that there.

My saving hope is that this was something so abhorrent that we had a hard time facing it.

The unexpected legacy of one physician’s anti-Semitism

If we can offer the benefit of a legacy to this young woman it might be that her epic transgression marked the beginning of a conversation about how we understand the online lives of physicians. She made us think about whether physicians as broken as this can be rehabilitated. And, perhaps most importantly, she made us consider how (or do) we handle trained physicians who we discover have been raised in a culture of hate.

Or, that should be her legacy.

Despite how it may appear, this doctor is herself likely the victim of a perverse cultural mindset. And when viewed through that lens the story changes. While I want to buy in to the idea that she deserves a ‘second chance’ the barrier to reentry is high and complicated.

So as awkward and painful as it may be for you to watch, I’ll do my part to keep this small, dark piece of modern medical cyberhistory alive for those who follow.

As we all should.