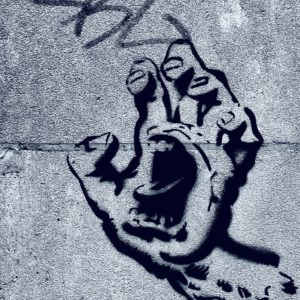 It’s interesting how the use of social media by physicians has changed as it relates to risk and professionalism. In the earliest days doctors either didn’t use social media or they mitigated risk through anonymous profiles. Even now, the core goal for many physicians dipping their toes in the public conversation is to first avoid getting in trouble.

The rise of potty mouth doctors

Over a decade ago as doctors were making their first social murmurs outside the exam room, institutions and professional organizations were fixated on professionalism. In fact, the earliest studies of physicians on Twitter kept score of how many of us were drifting into the weeds of unprofessionalism.

And in 2009 it was assumed that the standards of physician behavior IRL were nearly directly applicable to what was acceptable in the virtual space.

But medical digital culture has changed and morphed since then. Recently one highly visible physician was glowingly described by another as a ‘potty mouth.’ The appropriate and nearly cute designation was delivered as a compliment. A kind of contrarian blue check for an ‘on brand’, in-your-face, take-no-prisoners Twitter account.

In striking contrast to the early days of doctors in public, it seems a reputation for salty language is emerging as a designation that some may proudly seek. Or something that potty mouth doctors need to seek.

Potty mouth as a social strategy for physicians

So why the subtle normalization of potty mouth doctors?

At best, there are some who justify cursing when dealing with shady online actors who who push medical misinformation and promote various forms of social injustice. The end justifies the means, or the choice of words (I’m not condoning it, just describing it). And we’ve all been there with the visceral temptation to tell someone what we think.

At worst, the selective dropping of the f-bomb on Twitter can serve as fuel for a voice losing steam on the merit of its message. When ‘social amplification’ wanes, amped up gutter talk may be all there is to pull people in. This virtual hijacking of tone, emotion and language to elicit a tribal response is part of medtwitter’s unfortunate race to the bottom.

And pushing emotional buttons makes some sense given the climate of competition for influencer status. Eliciting a response by any means possible has become, for some, a critical strategy for maintaining eyeballs in a noisy world.

Fair warning to those who want to flirt with this strategy: Manufactured outrage and edgy language is the information stream’s equivalent of a neon sign — it works until people grow tired of seeing the same sign every day.

Online medical culture is becoming complex. How we see online identity, for example, in relation to our IRL existence is a work in progress

Variations in the standards of language are likely the indirect result of growing numbers of physicians and health professionals using public networks like Twitter. More doctors in the conversation means more variability in what we see. Growing subgroups of physicians within Twitter, for example, share their own standards of conduct and engagement that vary tremendously from others within the platform.

And the one-size-fits-all standard of physician conduct that was imagined at the dawn of the social age likely won’t work going forward.