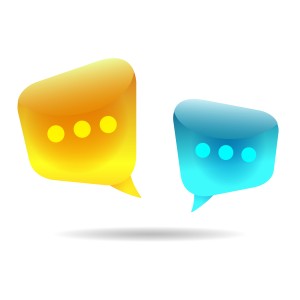 Should Scottish physicians  be afraid of social engagement?  This piece on the perils of public dialog would make it appear that way.  I though it would interesting to add some in-line commentary.  The bold is the original story with my commentary immediately following.

Doctors who interact with patients on social media risk blurring the boundaries of the professional relationship, according to a medical defence organisation.

MDDUS (The Medical and Dental Defence Union of Scotland) has reported a 74% increase in calls from doctors on the subject of social media this year compared to 2013. While a small part of this rise could be attributed to growth in membership, MDDUS now receives four times as many social media-related calls compared to 2011.

Fantastic. As communication, information sharing, and sociality begin to happen in the same public places (originally proposed by David Weinberger in his groundbreaking book, Too Big to Know), expect lots of questions to emerge.  This should not be seen as evidence of a falling sky, but rather of disruption in the way physicians engage and share.  Increasing phone calls reflect a changing system.

A study published last month in The Lancet Oncology revealed that one in seven doctors had accepted Facebook friend requests from patients.

Irrelevant without details regarding the doctors, patients and the types of pages they maintain.  Lots to say about this, but categorical prohibition of doctor-patient engagement reflects a misunderstanding of the way humans connect online.

How does Dr. Nazem specifically suggest that doctors keep their relationships ‘professional’?  Talk of professionalism is cheap.  The reality of understanding the balance between personal and professional in this new digital culture is something quite different.

“Social media offers a platform for doctors to network effectively and develop their own knowledge and expertise,” says Dr Nazem.

“However, the rise of social media has created some serious ethical challenges for doctors and their relationship with patients. We have handled a number of cases where doctors have sought advice from us regarding social media issues, including patients posting critical or abusive comments.

Critical comments are part of public dialog. If you can’t stomach public conversation then perhaps you should find a profession that doesn’t involve interaction with individuals who communicate, think or share information.  And by the way, if you think you can opt out of public dialog, think again.  The moment you lay your hands on a patient you become part of the global conversation.

“Doctors must keep their relationship with patients professional at all times. Accepting a Facebook friend request from a patient or commenting on a post risks blurring the boundaries between a professional and personal relationship. As a consequence, doctors may find that their ability to make objective judgements in clinical situation is affected.”

So how is this different from the relationships I share with patients in my church, children’s school, and community where I practice?  While there are  differences between IRL and digital engagement, there are more similarities than you’d think.

Social media can offer a detailed insight into a doctor’s life when they are off duty, warns the MDDUS.

A warning or a bonus?  Insight into our lives enriches our public profile and helps patients understand what we’re about.

“As a doctor, the reality is you are never off duty and their status in the public eye demands a high standard of conduct at all times,” says Dr Nazem. “By interacting with patients online, doctors are exposing themselves to be scrutinised from their own homes.

I’ve been scrutinized from my own home since I began blogging nearly a decade ago.  It’s the best thing that’s ever happened to me as a doctor.  In fact, feel free to scrutinize in the comments below.

“When using Facebook or Twitter, doctors should ensure patient confidentiality and should avoid sharing any patient information, especially anything that could potentially be linked to an identifiable individual. Even with the proper privacy settings in place, anything posted online may end up being distributed further than intended.”

Agreed.  But we’re over a decade into public conversation as doctors.  While we can’t be too careful, this sort of 101-level instruction at some point needs to be the stuff of first year med student instruction, not attending dialog. We need to be modeling and teaching the next generation.

The General Medical Council’s (GMC) guidance ‘Maintaining a professional boundary between you and your patient’ on doctors’ use of social media, states: “You must consider the potential risks involved in using social media and the impact that inappropriate use could have on your patients’ trust in you and society’s trust in the medical profession. Social media can blur the boundaries between a doctor’s personal and professional lives and may change the nature of the relationship between a doctor and a patient.”

How about we consider the risks of hiding our under exam room tables while the rest of the networked world connects?  And by the way, it should be understood that the line between our professional and personal lives has long since merged.

Like most of the technopessimistic tedium regurgitated by organized medicine, this unfortunate piece focuses solely on the risk of social engagement at the expense of opportunity.  This tired bias against new forms of communication reflects the mindset of a sclerotic profession desperately stuck in another place and time.