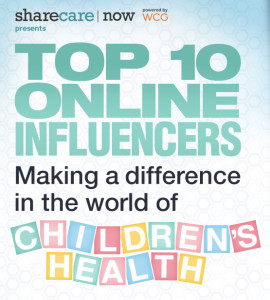 The doctors are in.  In an increasingly patient-powered world, doctors are emerging as a workable force in the online world.  The fact that we can even think about a list of pediatrician influencers is a big deal.  3 years ago the number of pediatricians sharing socially could be counted on one hand (okay, three).  The shrill voice of the antivax movement that once ruled the infosphere might have a harder time getting traction in the face of the tireless child advocates we find on this list.

It’s no longer about books.  It used to be that the thing that defined influence was writing a book.  Not so much anymore.  The Doctor Spock of this generation will be born of the social web.  They’ll be deeply rooted where moms and child health consumers are: In conversation, sharing, and creating.

There’s a new kind of leader.  As traditional organized medicine frays at the edges I suspect we’ll find new levels of organization in new networks.  The 20th century physician societies once gathered in meeting halls to share common interests and conspire – this organization once defined our profession.  Physicians are beginning to gather in new spaces and they’ve got new people leading the conversation.  I recently shared some ideas about physician thought leaders in the digital age.  The ever-insightful Lukas Zinnagl of MedCrunch offered his ideas this week on KevinMD.

There’s a new way to look at doctors.  While I’m usually skeptical of lists, this WCG-powered collection is based on some pretty serious metrics.  I’ve had a chance to look under the hood and I can attest that WCG knows more about what doctors are socially doing or not doing than anyone in the free world.  While academics count doctors with pencil and clipboard, these guys have proprietary algorithms that offer information that most of us can’t even understand.

As doctors flock to public places, people will want to know what specialties are talking to whom, what they’re talking about, and how they’re influencing those who listen to them.  Doctors are the final frontier in the now aging health 2.0 movement. Understanding physician behavior and influence will emerge as a key preoccupation of academics and industry in the very near future.  WCG has a sharp eye on the matter.  In fact, WCG’s Greg Mathews has made it his business to understand this growing player in digital health through his series, MDigital Life.  Read these profiles and only then can you even begin to understand what makes us tick.

And a heartfelt thanks to the hardworking docs on this Sharecare list.  You’re making it happen.  You, and many more, are bringing doctors to the conversation. You’re voices are precious, human, and uniquely brilliant. You’re quietly making history.