So what gives? Teens parade through my office texting.  They have iPhones that accommodate the latest Twitter apps. But teens don’t tweet.

So why might this be? And is there something about Twitter that’s less appealing to the younger set? To me it would seem to be the killer app for the young social networker. Perhaps that’s the problem. Teens aren’t social networkers. They’re social, but ‘building a network’ beyond their short-term needs or their cell phone’s address list just isn’t a priority.

And after querying my own patients and tapping into an expert panel of followers with teens, I discovered that

1. Texting serves the purpose of most teens – No Internet access is necessary and other applications such as Facebook may meet their needs.

2. Twitter is for old people – It’s perceived as a “tool of the elderly.” This view is widely supported by teens. See this piece in the Times of London about Matthew Robson and his Morgan Stanley analysis of media use among teens.

4. Transparency isn’t the strong suit of adolescence – Broadcasting your thoughts to the world requires an intact sense of self that the nascent teen mind lacks.

So perhaps some of this acceptance or rejection of Twitter is about human development. Perhaps understanding how social media meets the emotional and developmental needs of a given demographic will help us understand why they adopt certain tools and applications. For more on this, check out this post by David Armano where he details the life-cycle of socialization and networking. 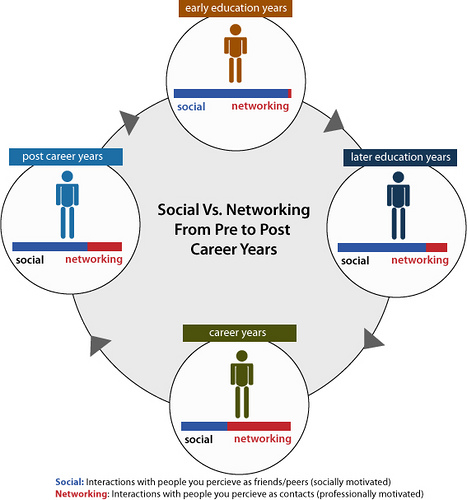 While I never contemplated the absence of teens on Twitter before a few days ago, it actually makes perfect sense.