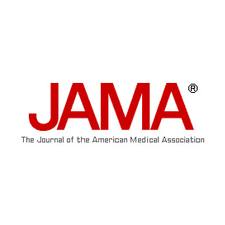 JAMA last week published a nice viewpoint piece, Social Media and Physicians’ Identity Crisis, written by Margaret Chisolm and her peers at Johns Hopkins.  The piece challenges the dated concept of multiple online identities.  You can read their ideas here (but you’ll have to chisel through JAMA’s paywall).

While practically minded public physicians have long recognized that our personal and professional identities cannot be kept separate, the piece is critical in validating the idea among academic consumers.

To the best of my understanding, the concept of ‘dual citizenship’ began a couple of years back in the peer-reviewed literature.  The concept is theoretically clean and, more importantly, it carries a certain appeal to those who don’t understand social media and digital culture.  The idea of dual citizenship became popularized and it has subsequently been repurposed in policy statements and educational material.

For those who orchestrate and oversee policies and have never used these tools, their only point of reference is mainstream medical literature.  And until very recently, solid thinking surrounding the physician’s emerging public presence has been poorly represented in traditional journals.

This is what makes Chisolm’s perspective piece important.  It illustrates how our experience in public spaces need to be translated for traditional academic audiences.  There are many things that we know from the past few years using social tools.  In fact, we take many of these basic ideas and concepts for granted.  But these concepts have never been formally documented.  This represents a huge opportunity for physicians who are active participants in this emerging public space.

While the ideas and concepts written on 33 charts and other blogs have had the force to change a lot of minds, the mainstream medical literature remains important in reaching the sizeable audience that can’t see beyond the boundary of a glossy journal.