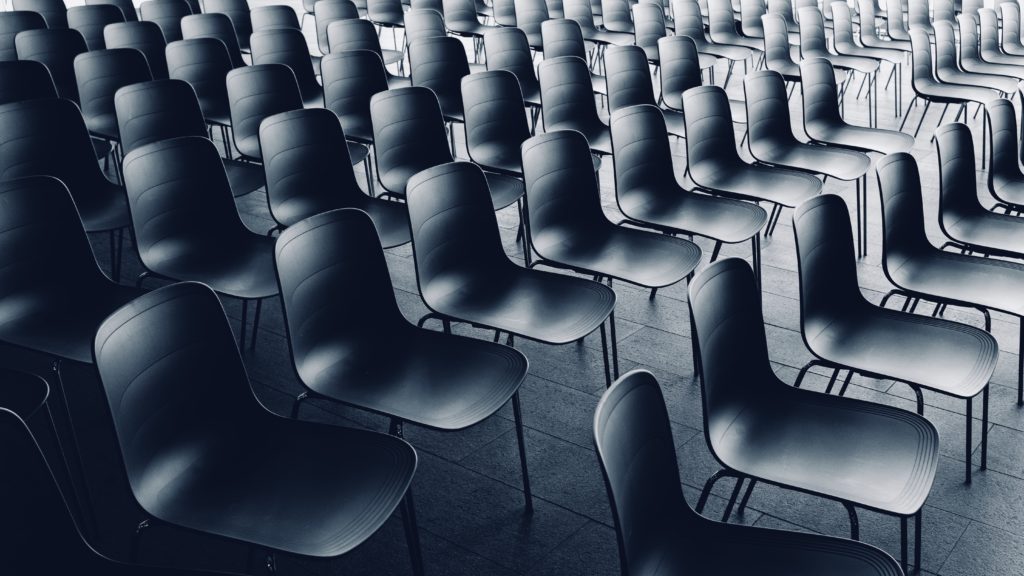 Part of the power of public dialogue is that we don’t need to be face-to-face in order to connect, but when we do come face-to-face, digital engagement can have a really interesting role. In fact, medical meetings are a great place to leverage the online conversation and accent what happens in person. Twitter at medical meetings is the new space for chatter.

Times have changed, and as more doctors have adopted social media, a whole public conversation has begun to emerge around medical meetings. In fact, at large meetings the running conversation on sites like Twitter has come to be called the backchannel. These conversations can be followed by tracking the hashtag associated with each meeting.

At the American Academy of Pediatrics national conference, for example, the hashtag is #AAP19. Everyone at the meeting using Twitter puts that on their tweets, and anyone at or outside the meeting who wants to see what’s happening at the meeting can follow it on Twitter. It effectively creates a filter for the AAP conversation.

Your public presence at national meetings not only provides valuable information to those outside the meeting listening in, but also reinforces your position as a front-and-center professional. This creates some great opportunities to share, educate, and be heard.

Here is some of my best advice after using Twitter at medical meetings for over a decade.

Most hashtag conversations begin during the days leading up to a meting. This is a great place to get the early vibe on who’s going to be there and what they’re looking forward to. I’ll even share panels and talks that I plan to attend (see just below).

A few things to remember about pre-conference tweeting:

Pro tip: Create a guide for attendees. At the SXSW Interactive Festival each year I create a 33 charts Super Guide to Health & MedTech. Then I share it on Twitter leading up to the meeting. This guide highlights what I think are the best talks coming up at SXSW. More than a list, I try to identify something special about the talk or panel. This guide creates value for attendees and gets them excited. You can check out the 2019 edition here. A preview like this is something you should create at least 2-3 weeks ahead of the meeting so that Google can find it and you can share it.

And, of course, you need a blog or a web property to post something like a super guide.

Since Twitter at medical meetings may not be relevant to everyone who follows me, I gently warn my followers that I might be noisy for the next few days. It is important to keep in mind that people allow you into their Twitter feed because they trust you and what you deliver. While all of us put up with periods of noise from those we follow, there may be those who won’t see the value, so understand that you may lose a few people.

When making the decision to live tweet a talk or event, keep in mind that the entire world may not be interested in bicycle helmet research or the latest advances in endoscopic electrocautery. In fact, very few will be interested.

Listen for what’s hot and what’s not

Do more listening than talking (advice I give a lot in The Public Physician). By watching the conversation during the meeting, you can see where your colleagues are at and what panels and presentations are trending. On many occasions, I’ve left a dud lecture for something that’s getting rave reviews in real time.

When live tweeting a talk, you share key points of a presentation with your audience. I personally only live tweet those presentations that I feel would have some kind of impact on the majority of my followers. As I said, I generally avoid niche, super-specialty presentations that have little relevance to them. If the speaker has a Twitter presence, be sure to reference them by their Twitter handle. Your efforts in promoting their work will go far in terms of building relationships.

Use the backchannel to find interesting people to follow

When you get several hundred pediatricians contributing to the AAP conversation, you can almost always find new and dynamic curators who are likely to bring great information long after the meeting is over. So keep your eyes open for sharp, new, public physicians. Better yet, be that person that people identify and follow!

Move beyond text and understand that images can have a big impact. Last year at AAP, I walked the exhibit floor and took pictures of new technologies that had to do with home and in-office assessment of children. Many who follow me are into technology. So beyond creating a great record for myself, my audience was exposed to health devices they never would have seen otherwise.

Images alone can be used to build a powerful public presence on sites like Instagram. Major meetings are filled with images that make for fascinating viewing. The exhibit floor is a great place to find interesting stuff.

There’s no better way to connect with people than through the camaraderie of being a public physician. Organize an impromptu tweetup of other meeting goers. Pick an after-meeting location and a time and make an announcement on Twitter (with the hashtag, of course). You’ll be surprised what can happen when like-minded meeting curators get together over a glass of wine.

What you can do as a speaker or presenter

The American Society of Clinical Oncology has a great paper detailing how oncologists can and should use social media. And they offer some great tips for what to do as a speaker to contribute to the meeting’s Twitter stream. I’ve included a couple of them here.

While conversations and curation that happen on Twitter represent a great tool for meetings, keep in mind that there are lots of unique opportunities for follow-up content creation at major medical conferences.

Grab a free meeting passes: Increasingly, event planners are recognizing the value of publicity and social dialogue surrounding their meetings. If you maintain a significant blog audience or have a large Twitter following, you may be able to land a free meeting pass as a member of the press (remember, we’re all the media!). This may come with an agreement to write a couple of posts or be present on Twitter with the hashtag.

Don’t be noisy. Some people get really excited about the energy of a major meeting. But that doesn’t always translate to those around you. If you hijack the dialog with noise no one will want to listen to you. Tweet judiciously and, as I say next, make it valuable for your meeting attendees and followers.

Some will ‘jam’ the backchannel feed weeks ahead of a meeting with hashtagged tweets every 10 minutes in order to get ‘ranked’ as influential. Don’t be that guy. You’ll be pegged as gaming the system.

Create more value than you take. Using the backchannel to promote your talk or special program is one of the great advantages for those with a strong social presence. But you can easily earn yourself a bad reputation if you do nothing but promote your own stuff. Be a good citizen and lift up those around you. Share different things happening at the meeting. Along the way you can casually drop reminders of your upcoming talk or panel.

Watch out for conflict of interest. Remember that it’s hard to disclose conflict in tiny spaces like Twitter. If your readers can’t understand your relationship in the tweet, be careful with the tweet. For more information check out Disclosure, Doctors and Social Media or peruse the 33 charts Digital Influence Archives.

Tweet at medical meetings to promote your profession and national organization

With your help, a meeting once restricted to a quarter-mile square convention center can expand to become part of the global conversation. As someone with audience and reach (after all, you’ve spent some time at The Public Physician) you’ll be identified as a leader and influencer which can carry real benefits down the road!

Just for fun, I suggested on 33 charts that Twitter dialog is so common at medical meetings that the term backchannel should be sundowned. What do you think?

Photo by Jonas Jacobsson on Unsplash