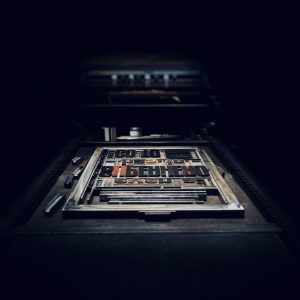 A reader asked me to expand on a tweet that I sent last week. It was part of a thread about doctors, peer review and publishing. I was building the point that we now publish for reasons other that the creation of polished journal articles.

Certain kinds of public thinking are a key element in the development of ideas. The democratization of media has created new reasons for publication that can’t be equated or compared with Industrial Age forms of physician information sharing …

Publishing as the end result of our thinking

Traditionally, publication was an endpoint in the delivery of an idea. We conceived an idea, wrote it, and looked for a publisher. If you were worthy your work was printed and bound for a long life on a limited space library shelf with other esteemed and heavily filtered publications. Publishing was a hard stop.

Writing beyond the end product

What’s different now is that we can put things into the world before they are finished. This is an affordance of the democratization of media. For free we can push an unlimited number of ideas into a public network to see what sticks or how they may be shaped. We can think closer to real-time with the input of our peers.

From Publishing Before the Idea is Done

We must evolve to see the sharing and collaborative development of ideas as part of a dynamic process. A type of social peer-review should begin the moment an idea is spawned. But this doesn’t happen. Beyond the hyper-local level, dialog occurs at best only after the equivalent of an abstract is created. And even then it’s in a hotel ballroom during a once-a-year collection of loosely connected doctors.

Writing as public process rather than product

Perhaps more important than the availability of platforms is the fact that we as physicians can write for any number of reasons beyond journal articles. Writing can be as much about the process as the product.

An example is this site. While 33 charts has evolved in its scope, it remains largely as a space for helping me understand how I think about things. When faced with an issue, big or very small, I often write a post. I sometimes write and post small parts of a presentation to see how the logic works.

Another example of writing for purposes other than the grand finale is Austin Kleon’s blog. Author of the bestseller, Steal Like an Artist, Kleon writes and posts every day as a means of shaping his thinking. His smaller stuff evolves into bigger stuff. His raison d’etre is forced output as a means of refining his eye on the world and his ability to describe it.

And, of course, preliminary ideas are launched on Twitter all the time – sometimes I even think people are unaware of it.

The challenges of public thinking

An open world and the appearance of what I call the Medical Media Continuum creates challenges, however. Specifically, where and when do we push our ideas into the world? I sometimes struggle with what belongs her and what ideas should be fashioned for a viewpoint piece in a traditional publication? Can Twitter alone serve as a publishing platform for physicians? And when does an idea thrust into the public space actually become a publication?

When all we had was journals the world was a simpler place. But the experience of the physician is so much richer than what can fit into the constraints of a 17th century communication model. New tools for writing as public process create new opportunities to advance ideas ahead of the traditional hard stop of publication.

In 1985 the medical publisher Elsevier would have laughed had I suggested that they print and bind the 300 word thought nuggets that help me process how I see a changing medical world.

Now I can do that myself.