Bryan Vartabedian is a physician and writer whose work covers the intersection of medicine, technology, and culture. He thinks about how technology is changing the way we care for and engage with patients. Dr. V is most comfortable synthesizing ideas from seemingly unrelated verticals and communicating them in an accessible way.

33 charts as a center of community

Dr V is the founder of 33 charts, a site which has come to serve as a center of community surrounding physicians and their transition to a new digital world. Cited as an example of early 21st thought leadership, 33 charts was chosen to be archived in its entirely in the National Library of Medicine. Known for its minimalistic editorial design, 33 charts is read daily by thousands of healthcare influencers seeking a fresh and focused look at technology and its impact on medicine.

A healthcare leader with a broad skill set

As a seasoned healthcare leader Dr. Vartabedian brings to the table a broad administrative skill set. He currently works as the Director of Community Medicine for the Division of Gastroenterology, Hepatology & Nutrition for Texas Children’s Hospital, America’s largest children’s hospital. He is a full-time faculty member at Baylor College of Medicine and developed the country’s first longitudinal curriculum for digital communication in undergraduate medical education.

Dr Vartabedian has a track record of putting public conversation into the proper context for health industry leaders. As medicine grappled with its role in the early adoption of social media Dr V served as Baylor College of Medicine’s Director of Digital Professionalism. His workshops and keynote presentations have helped thousands of medical professionals and healthcare executives leverage their voice in a new age of public dialog.

Creating a footprint beyond Baylor College of Medicine

Dr. Vartabedian has served on the advisory board of Stanford’s Medicine X conference. He previously served on the External Advisory Board of the Mayo Clinic Center for Social Media and was awarded the designation of Platinum Fellow by the Mayo Clinic. Dr Vartabedian currently serves as a founding advisor to the Health Care Track at the SXSW Interactive Festival, one of the world’s leading technology venues. You can find him quoted in outlets such as The Wall Street Journal, The New York Times, and CNN. He has offered commentary on doctors and technology on programs such as CBS This Morning.

As a practicing physician, Dr. Vartabedian is passionate about the translation of medical information for public consumption. Before the internet he cut his teeth on pulp as a freelance writer for magazines such as Parenting and American Baby. Dr. V is the author of Looking Out for Number Two – A Slightly Irreverent Guide to Poo, Gas and and Other Things That Come Out of Your Baby  (HarperWave/HarperCollins, 2017). He has also written Colic Solved – The Essential Guide to Infant Reflux and the Care of Your Screaming, Difficult-to-Soothe Baby (Ballantine/Random House, 2007) and First Foods (St. Martin’s Press, 2001).

Dr. Vartabedian lives in The Woodlands, Texas with is wife, two children and their beloved Australian Labradoodle, Molly. 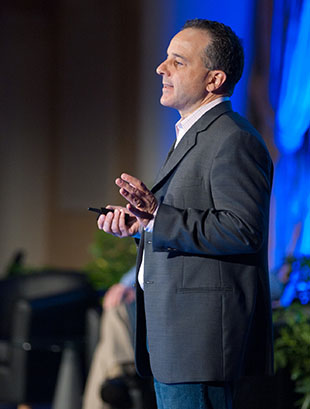