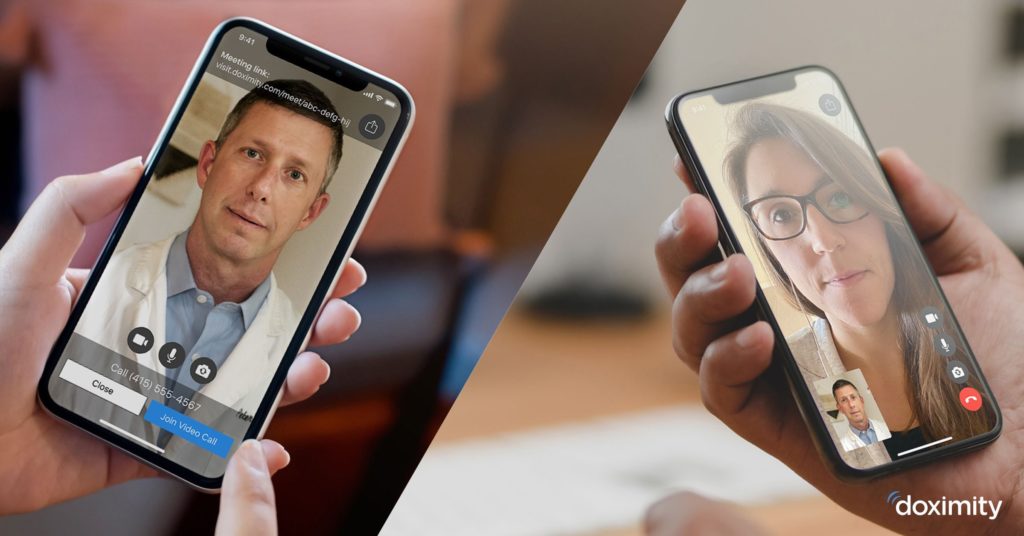 The world has gone remote. Overnight the connection between doctor and patient has gone to teleconnection. And as it happened every doctor in the free world has scrambled for a place and a space to connect with patients. As a means of bridging doctors and patients Doximity has released Dialer Video. Dialer Video works with a doctor’s iOS or Android smartphone and doesn’t require any additional set up for physicians or patients.

So I gave it a test drive. I kicked the tires and peeked under the hood. Here are a few thoughts:

It’s fast. It’s pretty straightforward. I dial up the patient, they get a link, they open the link and we talk. That’s it. The patient doesn’t need an app. There are no compatibility issues. No questions. It just connects fast.

It’s private. Physicians can set the CallerID to their hospital or office line, which makes it more likely that patients will recognize the caller and pick-up.

It covers HIPAA compliance. Sure right now we’re in the magical honeymoon of HIPAA-exempt FaceTime and telephone encounters, but that’s gonna end here pretty soon. Doctors will be on their own looking for a telemedicine solution that works. For the average doctor who hasn’t put down some serious coin Doximity Dialer Video is a viable option.

Epic Haiku integration. The success of any tool for physicians is its ability to inte-grate with existing workflows. So check this out: While I wasn’t able to trial this feature personally, authorized care team members can initiate televisits seamlessly from with-in Epic’s mobile electronic health record app. This kind of integration will be critical to broader enterprise adoption for Dialer Video.

Why is this even free?. As I like to say, ‘drive it like ya stole it.’ It’s free for now but I would not be surprised if they put a premium on this product. I favor it over some of the telemedicine competitors in terms of its ease of use. Dialer Video even got the golden seal of approval in a recent telemedicine paper published in the Journal of the American College of Surgeons, where it was rated as, “the easiest way to connect with patients.”

So get it while it’s hot, or free. And you have to be a member of Doximity.

Despite all that it delivers, the key selling feature of Dialer Video for me is friction-less connection. Like any properly designed piece of technology, Dialer Video gets out of the way and lets you do what you need to do — both as a doctor and a patient. If I were on the front lines developing this product with Doximity I would do everything possible to keep this tool as clean and clutter-free as it is now. But then again I’m a terminal minimalist!

For the uninformed, Dialer Video is the digital offspring of Dialer, Doximity’s wildly successful application that lets health professionals call from their personal phones with a personalized caller ID. If you don’t use the original dialer you need to give it a go.

All this got me thinking for just a moment: Is Doximity a technology company? A communication company? Probably and yes. This move in to telehealth is very interesting and shows what you can do when you have the ear of nearly every doctor in the American market. As an advisor to Doximity I’ve always seen them as the evolving Amazon of platforms for doctors. They keep showin’ up with interesting stuff that solves problems for doctors.

So grab your own copy over here. Use it. See your patients and see the future.