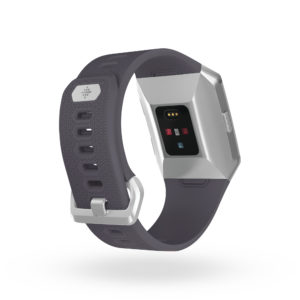 Building on their long line of increasingly amped-up step counters, Fitbit announced the release of its latest product, the Ionic. Coming in at $300, the Fitbit Ionic brings all the usual suspects when it comes to smart watch features: 4 days of battery life, GPS, music, mobile payment, and a small handful of ‘apps.’ The Ionic releases with a dormant sPO2 meter which may give the watch new features in the future such as ability to measure apnea.

The Ionic timing is perfect since marketshare for the Fitbit has plummeted over the last year. And while the company reports 50 million registered users it has failed to disclose how many of those registered users ever take the device out of their underwear drawer.

Fitbit and its step counters will likely meet the fate of the 1980’s word processing behemoth, Wang Laboratories.