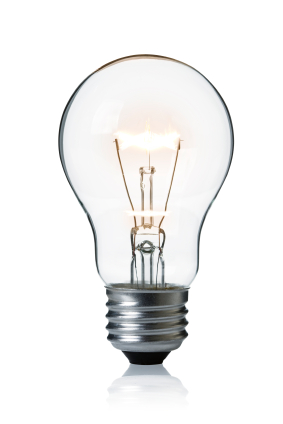 One of the biggest challenges I face today is where to put things. Not my stethoscope or reflex hammer, but more important things. Like ideas and media.

It’s a new problem. Until recently doctors had no place to put ideas. Sounds odd. But think about it … We could share ideas in the surgical lounge with our peers. We could share it in the auditorium of the local hospital during a staff meeting. There were journals for developed ideas. But medical publications are dependent on an invitation from the folks who control the journals.

Now we have lots of places to put ideas. There is a new medical media continuum. And there are no editors.

Here’s what goes through my head when I have an idea:

What to publish or share is one of the greatest challenges that comes with the ability to publish. What belongs IRL and what should be immortalized in the ether for global consumption?

It’s a bigger problem for young physicians adapting to a new identity. The entry point is understanding that we don’t share patient information. That, of course, is the easy part. Everything else is more nuanced.

I face this when I have a great idea, concept, or something cool. But I find myself frozen believing that I want to hold it, or hoard it, until I can refine it or make it bigger or better or more influential or more perfect. When should I share a nascent idea?

This idea of waiting for the finished product is a paper age phenomenon. We traditionally pushed it to the world when we were done. ‘Gone to press’ as they said when ideas met the world on pulp.

But the nice thing about being able to publish from my pocket is that I can share nascent, crazy ideas. I can try them on and see how they fit. I get quick feedback from a ready and willing audience who loves this kind of wild, unformed thinking.

This ability to share an early idea and get feedback is a radical concept and it’s fueled by the basic concept that ideas are dynamic and move in real-time. But few doctors think this way. They were raised to think about the glossy pages.

This capacity to share a half-baked, partly-amazing idea forces the question: When do we go public?

When I have an idea it could wind up in any number of places ranging from a constrained, ephemeral media platform like Twitter to a long-form place like Medium. Perhaps I grow it for an editorial position in The Great Big Journal.

There are different media and ways to share our ideas. There are images, sounds, and written copy. There’s video and other more creative graphical interfaces like infographics and cartoon-like things.

This idea of different platforms and media presents the new dilemma of where to put put our thinking.

Beyond where | Sharing in the right context

We typically tailor information upon the social context in which we find ourselves. In the hospital we look and speak a certain way. At home with out kids it’s different and likely unlike our tone in Vegas. Information sharing and presentation are different depending upon where we are.

Public (or less public) channels force us to think about this context of our sharing.

They allow a mixing of context – patients, doctors, hospital administrators and others. Crossing context can be valuable at times. It can create problems with what’s been called context collapse.

It used to be easy when you had an idea

You put it in a journal. Or you talked about it in a little auditorium in a little hospital at the edge of town. And there it often died a sorry death.

Now there are more things to consider: where, when, and in what context your thinking should should happen in order to reach the furthest corners of the world.