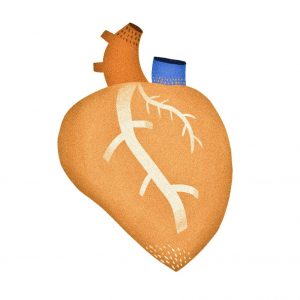 Last week cardiologist Dr. Milton Packer offered a skewed perspective on Twitter. His piece, Do You Practice Twitter-Based Medicine, published in MedPage Today called into question the value of Twitter and drew harsh blowback from physicians. What stood out was Packer’s misunderstanding of not only Twitter as a platform but the broader role of public dialog among physicians.

The response by the physician community was interesting. I too was frustrated with his misrepresentation of what many of us have tried to shape over the past several years. Of course we’ve heard medical experts preach from positions of misunderstanding as long as social media has existed. So Dr. Packer’s views are nothing new – I guess we just hear them less often as we have grown to recognize the place and power of networked connection.

In his essay and the comments that follow, Milton Packer positions himself as someone who wants to understand. So if I were to seat him in the front row of one of my training seminars what points would I emphasize to help him understand Twitter? Here are a few:

There are two things on the Internet

I might start with the basic functionality of Twitter. This begins with something that few realize: there are only two things on the Internet.

It’s a simple way to look at the internet but helpful in putting twitter into a context that makes sense.

At its core, Twitter is a conversation about content. It is a collaborative exchange platform for links to information in stream format. Choose any tweet from the stream and you’ll typically find that it’s about something. It links to a picture, journal article or video.

Like hallway conversations, understanding and assumptions about research may be incorrect

Think of Twitter as the audience discussion after a landmark presentation at the American Heart Association meeting. Those discussing the study may not be fully informed or even educated enough to understand its subtleties. Some of the opinions or interpretation may be wrong. But in the right community, like the right audience at the AHA, the stray views and misinterpretation are normalized by the presence of a broader number of voices. This is why physicians need public forums for exchange.

It is important to note that any given Twitter feed (that is the tweets delivered to us by those we choose to follow) is only as good or as ‘evidence-based’ as the content it references. For example, if those in your stream share and curate junk science, the information you are fed will be junk.

The Twitter stream is a good example of the signal created by social networks. When smart people collect things it represents a type of human powered algorithm. My signal is created by the careful consideration of who I let into my stream. I have shaped it as one of the most valuable sources of information in my world.

So the quality of what we hear is a function of who we listen to. And this was true long before the Internet.

Milton Packer is right that there are people who are excessively self-congratulatory and there are those spew political vitriol. But it’s important to emphasize that’s its you who chose to follow those individuals. You choose your noise. You create your own signal.

And if we listen to the right people, Twitter’s power is in its capacity as a curation tool. I recruit smart and interesting people to bring me things. In this respect it’s not very different from a review article that Milton Packer might assign as a journal editor. In his capacity as an editor he will draw one or a couple of the field’s sharpest experts to consolidate the best thinking on a subject. On Twitter with the right minds sharing information in real-time it can be powerful in a similar way.

Public conversation and knowledge creation are not mutually exclusive

The essay unfortunately recycles the timeless argument that we should be working and not goofing off on Twitter. I agree that a focus on meaningful production is important for all of us. But the ‘traditional’ work of the 21st century physician and their participation in social connection are not mutually exclusive. Engagement with the broader global community not only presents an unrivaled opportunity for physicians, it represents an new professional responsibility. And this generation’s leaders who are poised to replace Packer will use the tools of public engagement to advance knowledge, research and patient understanding.

Dr. Milton Packer should start with an audience of two

When I teach ‘Twitter naive’ physicians on the use of this platform I suggest that they begin by following a limited number of the right individuals – maybe 10 or 20. This makes the whole thing manageable and increases the liklihood of high signal to noise in their Twitter feed.

Milton Packer suggested in the comments that we should choose our friends carefully. And so it goes on Twitter.

For Dr. Packer I would recommend restricting his feed to just two individuals until he gets the hang of it: Drs Eric Topol (@erictopol) and John Mandrola (@drjohnm). Both deliver high value curation with an emphasis on cardiovascular health. If he draws no value from the selected links and ideas of Topol and Mandrola then there’s probably little else that can be done.

Medical leaders have a responsibility to understand modern communication

In medicine we are witnessing changes that very few of us can truly understand. Times like this call for leaders with vision who come to the leadership roles not only with an open mind but the capacity to surround themselves with the right people who can educate them on emerging trends. Public engagement is an emerging literacy for physicians.

Dr. Packer’s wisdom and insight is needed in the public conversation and it would be amazing to see him on Twitter alongside some of the brilliant cardiologist that make up our community. While it wouldn’t need to be a major part of his day I think he would find a tremendous value from the conversation and collaboration in this new space.

If he would like a personal coach as part of his Twitter education I would be willing to spend as many hours as necessary to get him up to speed. And I’m sure I’d have lots of help.

This, of course, is the beauty of Twitter and the public conversation.