In the earlier days of Twitter (circa 2009) it was standard protocol to introduce friends to your followers. In fact, Fridays on Twitter were a shameless parade of people sharing the handles of their friends. Why you needed to follow them was irrelevant. It was the tip of the hat that mattered. It was followFriday. In the months after #followfriday was initiated in 2009 there were two tweets per second using the tag. 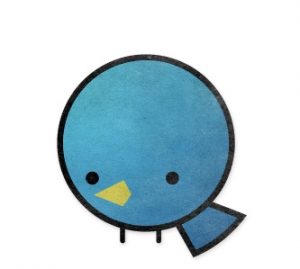 Here’s Mashable’s explanation for #followfriday success back then:

Simply, #FollowFriday is a strong example of a crowdsourced recommendation engine, which will always provide better results than an automated one …With the addition of trust, recommendation systems tend to excel over purely algorithmic systems. Of course, like any system, FollowFriday has its faults. There are no categories, nor ranking systems or even a guarantee that you will actually like following the people recommended.

But it was more backscratching than anything else. A digital pyramid scheme of sorts.

Then people came to the conclusion that blindly following @joe made no sense. @Frank didn’t bring value. The only thing @Bill delivered was more mindless recommendations of who to follow the next week.

While the game was fun for a while, we’ve smartened up. People now use Twitter with more purpose. Most of us are here for reasons other than chatter and favors and fun. For better or worse.

For fun, here’s what I suggested in 2010 as #followfriday and other social shenanigans started to make Twitter noisey.