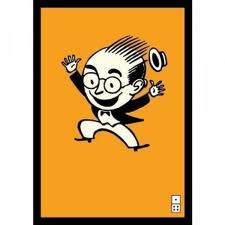 Poke the Box is Seth Godin’s latest book/manifesto.  This is different from his other books in that it runs only 70 pages and is published as part of a new venture with Amazon called The Domino Project.  You may remember last year Seth Godin rocked the world by suggesting he was done with mainstream publishers.  This is where he’s landed.

Poke the Box is a short, 70 page manifesto about the importance of starting.  Godin makes the case that the ability to take initiative is a trait that consistently characterizes those who succeed.  The ability to begin creating is what separates the talkers from the doers.  Not making lists, planning, organizing, networking, or amassing followers.  Starting.  There are how-to steps here, just a foundation for taking a new approach to what you do.  This is a sequel to Linchpin.

I struggle with this myself.  Around the first of the year and well before I read Poke the Box I committed to spending a little less time around the water cooler and more time creating.  Thus I’ve been a little less visible on Twitter.  I’m desperately working to shut off distractions.  Poke the Box resonated with me.

Consider this quote about Godin’s friend and Twitter.  It’s worth processing:

Apparently, my friend has set the phone to chime every time one of the people he follows on Twitter posts something. This gives him the chance to read it and respond, making him, presumably, a truly valuable follower. He’s hoping that polishing his relationships in this way will act as a form of networking, making him more integrated into the Tweeters’ lives and perhaps businesses. All this polishing. Stand on an urban street corner and you can see it happening. Dozens of ostensibly busy people, staring at their palms and their fingers, polishing their relationships. The challenge is that it’s asymptotic. Twice as much polishing isn’t twice as good. Ten times as much polishing is definitely not ten times as good. Whether you’re polishing a piece of furniture or an idea, the benefits diminish quickly. The polishing turns into stalling. I wonder what would happen if instead of rushing to Twitter, my friend used that chime to do something original or provocative or important? What if the chime was his reminder not to polish, but to create?

In a way that only Godin can do he marries motivation with raw logic.  I would strongly suggest that if you are in the business of doing or creating, drop what you’re doing (temporarily) and read Poke the Box. It’s a quick read.

The Amazon link above is an affiliate link.