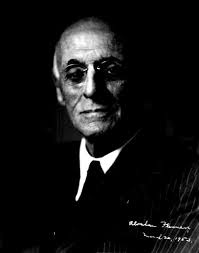 Last year I was part of a small group charged with building a social media toolkit for medical schools.  An early conference call participant made it clear that if the project didn’t meet certain criteria for academic advancement, he’d be unable to participate.  It was the last time we heard from him.  Unfortunate but predictable.

What counts is what brings value

New forms of knowledge creation and how they fit into a dated system of promotion is a growing preoccupation for many physicians.  And the question of what should ‘count’ toward academic advancement is one that’s received attention lately.  Some have approached advancement committees to have their blogs recognized as evidence of scholarship.  I haven’t decided whether these attempts are noble or laughable.

What counts is what brings value.  And what brings value in medicine are cameos in peer-reviewed publications.  This makes sense.  Because in the era of analog medicine, this was the only means by which physicians communicated ideas and findings.  Appearance in this 17th century tool of idea transmission has defined leadership through most of medical history.

But things have changed and doctors have new ways to share ideas and change minds.  Now every doctor, independent of institutional affiliation, tenure, pedigree or lineage is empowered with the capacity to grow, share and develop ideas.

And so the age of networked intelligence will spawn a new type of leader.  Expect to see regular doctors emerge as influential not based on lists of publications but on the strength and novelty of their ideas.  Leadership will be determined in part by the capacity to leverage new tools to build, communicate and influence.

But don’t expect them to be promoted.  For now.  The value of collaborative thinking and sharing has just begun to show itself.  Ultimately, those institutions that  use industrial age criteria for leadership recognition will fashion themselves irrelevant.

Despite how we connect and communicate, peer-reviewed research will remain an important element in the advancement of medicine.  But it represents only one way to lead.  For those early in their career, there are some things you can do.

If you don’t have one, build a basic platform for yourself.  Share your thinking.  Don’t look for permission to build things.  Embrace medicine’s emerging digital culture and all of its weird edges. Listen and read outside of medicine because that’s where you’ll find solutions to medicine’s biggest problems.

And always remember that when people see you work, the most amazing things will happen.

Abraham Flexner, the architect of the 20th century medical education system, once said, ‘think much, publish little.’  While an inconvenient truth for some, it’s advice we all could take when we fall into the trap of worrying about ‘what counts.’

Image of Abraham Flexner via the National Library of Medicine