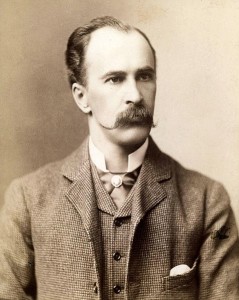 Medicine is changing quickly.  In the context of these changes I hear this question occasionally: ‘What would Osler think?’ What would he think of imaging before examination?  How would he feel about medical residents rounding with one eye on the EHR?

It’s an interesting question and one that highlights the fact that we’re a profession preoccupied with our past. We like to quote iconic figures of medical history.  Their pictures hang in the lecture halls that shape the youngest minds in medicine.  We’re trained from early on to keep pace with the past.  We cross-check where we’re headed with where we’ve been.

But I can’t help but wonder if Osler’s perspective on 21st century medicine might be irrelevant.  Osler was dependent upon his hands, eyes and ears because he had little else.  He lived and prospered within his diagnostic means.

But understand that the heroes we quote were the disruptors of their time. Flexner, Osler, Debakey and others worked to overturn the status quo.  I suspect that if William Osler were here he’d push the limits of wireless health, imaging, genomics and self-quantification.  He would apply our digital tools as a means of engaging and advancing the interest of the patient.  His methods of connection would be unrecognizable to past generations but no less important.

That’s what Osler would think. I think.