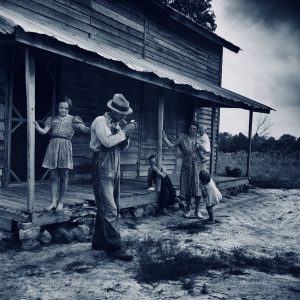 The networked age has spawned a number of free publishing platforms. First there was Blogger. Then Tumblr and Medium. All offer your ideas an easy on-ramp to the Internet. All represent a form of digital sharecropping.

So when the investors decide that it’s time to bring Medium to slaughter, you will be left holding the bag. It’s the Silicon Valley sequence: Win your trust, give you the tools to build an audience and then sell out.

To be fair, Medium’s a wonderful platform for specific purposes. It’s a great place to test your hand at blogging, for example. It can serve as a platform for specific kinds of written content for companies and brands. The design is clean and its functionality constrained almost to the point of perfection.

But at the end of the day it’s not your property. Writing on Medium is like living in a new apartment with a fancy pool. It looks good at until you make too much noise or you realize you want to do something a little different with the living room.

As Facebook reminded us this week, when something’s free you’re the product, not the customer. And in the case of Medium their model might be referred to as digital sharecropping — In all cases your content is the product produced to benefit the folks looking to exit.

Digital sharecropping was first described by Nicholas Carr in 2006,

What’s being concentrated, in other words, is not content but the economic value of content. MySpace, Facebook, and many other businesses have realized that they can give away the tools of production but maintain ownership over the resulting products. One of the fundamental economic characteristics of Web 2.0 is the distribution of production into the hands of the many and the concentration of the economic rewards into the hands of the few.

It’s a sharecropping system, but the sharecroppers are generally happy because their interest lies in self-expression or socializing, not in making money, and, besides, the economic value of each of their individual contributions is trivial. It’s only by aggregating those contributions on a massive scale – on a web scale – that the business becomes lucrative. To put it a different way, the sharecroppers operate happily in an attention economy while their overseers operate happily in a cash economy (my emphasis). In this view, the attention economy does not operate separately from the cash economy; it’s simply a means of creating cheap inputs for the cash economy.

I suspect that as our ideas and data continue to be compromised for profit we will revert to the old school idea of individual properties on the web. Citizens of the web will begin to see the difference between digital sharecropping and ownership.