This weekend at Stanford Medicine X 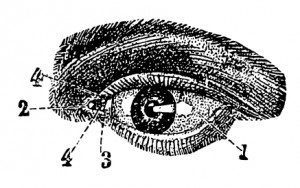 I’m co-teaching with Wendy Swanson a Master Class on physician online identity.  As I was working through some of my thoughts on the plane, I settled into the idea that being public with our thinking is a pretty big deal for providers.

Being out and open in the virtual space carries with it a whole new set of preoccupations.  Physicians traditionally only had to worry about their IRL (in real life) presence.  We walked around, we touched people, we talked to them.  All of our interactions were in person.  Eye-to-eye and hands-on defined everything about us.

We still do that, but now we’re faced with the new challenge of managing a presence in the virtual space.  But…

This last reality become obvious when I talk to physicians about blogs.  A relevant blog, of course, requires some degree of focus or direction.  You need to create and share around something that drives or inspires you.  But when you get down to it with them, many don’t know what turns them on.  They have no idea what they could even create a blog post about.  Many don’t even know why they’d want to make or share anything.  So beyond even having a mission, there’s no understanding of why it would want to be shared.  It’s striking, really.  It’s like they’ve never been forced to declare themselves in any meaningful way.

The capacity to be public really amplifies the fact that we all have passions, missions and roles in the world.  Being front and center with a footprint and identity forces us to think about where we fit in the world.  It was easy to be elusive when the world was private and our existence was restricted to an exam room.  But now we’re part of a wide-open, networked world.  This capacity to share and create exposes us for who we are and what we believe in.  Being here is an act of intimacy.  Participation is something that many of us just aren’t prepared for.

Often times I position the discussion of our ‘obligation to be public and present’ as so easy and obvious.  But it’s a big step for the provider trained to contain his life within a silo.

More on this later.